I used to watch the News, especially the 10:00 p.m. News.
I grew up in a family that watched the News.
All.The.Time.
I know that my parents still watch it, religiously. 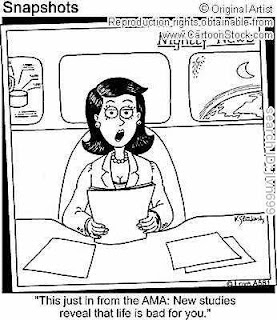 Except for in the mornings, I turn the news on so I know what the weather and traffic are like, but of course I hear all of the other news as well.

So, I (reluctantly) watch Fox13 News, mostly because:

1.The kidlets love Big Budah
2.We don't have cable and our box only gets good reception on 13
3.I think that the anchors are a bit twitty, so they make me laugh. They don't seem to know how to deliver a sad or sobering story, I take it all with a grain of salt.
As soon as the weather or traffic come on, my eyes and ears are glued.

Yesterday however, for some unknown reason, as I was cleaning, I watched the News
ALL DAY!
Seriously, I have no idea why, I would switch the channels and keep it on a channel that was airing news, even with bad reception!

When Aaron came home, I told him I had been watching the news all day and that I thought I had better stop watching it, so I did.

Aaron and I had a very nice conversation about his day and some other things - including, discussing stuff I had seen on the news. After our conversation, Aaron went downstairs to do some stuff.

I began watching the news again!

I KNOW!
I don't know what I was thinking!

I won't tell you what the story was (I don't even know what channel it was), but they were talking about a statistic among Americans. I couldn't believe the statistic! So, I YELLED at the television,

To that, Aaron hollered back,

"Maybe you should stop watching the News!"

Then I started thinking back on my day. Had I been yelling at the television all day?

Embarrassingly, I admit...indeed, I had.

Now, I remember why I don't watch the News, it pisses me off.

There are very few "news" sources that report actual news. When did personal lives of pop/sports stars become news. sheesh. save it for the dumb tabloids. Glad my TVs were not working when Michael Jackson died. :p

You are so funny

I am a news junkie. At home, on the radio. I agree with Aaron that so many "news" sources are not real news. I won't name the stations but let's just say it's 95% of them.